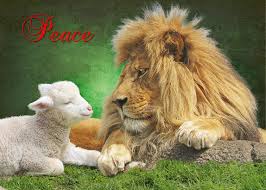 Our Jesus – the Christ – is certainly the ‘lamb of God’ that takes away the sin of the world (John 1:29). Unfortunately, we often miss the real point in our experiential Christian culture, feeling good while we imagine our Jesus as a cute and cuddly lamb . . . I think you’ll find that a better visual would be that of a ‘mamma bear’ who is kind, just, and protective with her own but ruthless against opposition.

The truth is that the dress rehearsal of Passover and its sacrificial lamb, and prophetic utterance by the likes of Isaiah, were fulfilled by our Christ’s obedience to God to become the once-for-all sacrifice for sin. Jesus ‘bought’ us with His sacrifice; we must now choose whether to believe and obey – follow – or to ignore this new covenant with God through the Christ.

Clean out the old leaven so that you may be a new lump, just as you are in fact unleavened. For Christ our Passover also has been sacrificed. Therefore let us celebrate the feast, not with old leaven, nor with the leaven of malice and wickedness, but with the unleavened bread of sincerity and truth. —1Corinthians 5:7-8.

When He had taken the book, the four living creatures and the twenty-four elders fell down before the Lamb . . . “Worthy are You to take the book and to break its seals; for You were slain, and purchased for God with Your blood men from every tribe and tongue and people and nation. You have made them to be a kingdom and priests to our God; and they will reign upon the earth.” —Revelation 5:8-9.

Also true is that those who wish to follow the lamb must consider the cost as Jesus said, for they may very well go to their own destruction or be afflicted in their bodies (just look at all the apostles, except John, who were martyred for their faith!).

And they overcame him because of the blood of the Lamb and because of the word of their testimony, and they did not love their life even when faced with death. —Revelation 12:11.

What about the ‘Lion’? Well, Jesus our redeemer is also referred to as the ‘Lion from the tribe of Judah’ in God’s revelation given to John by Jesus.

Then I began to weep greatly because no one was found worthy to open the book or to look into it; and one of the elders said to me, “Stop weeping; behold, the Lion that is from the tribe of Judah, the Root of David, has overcome so as to open the book and its seven seals.” —Revelation 5:4-5.

So far, we understand that the picturesquely mild and meek ‘lamb’ is that way in symbol only. The example was used to show how Jesus was voluntarily slaughtered as a lamb to assist God the Father in the accomplishment of His desire to reconcile with His creation.

Our creator is a just God who will keep His promise to reward the faithful and destroy the wicked. Jesus, because of His obedience, earned the right to save and judge as a faithful arm of God’s wrath.

and they said to the mountains and to the rocks, “Fall on us and hide us from the presence of Him who sits on the throne, and from the wrath of the Lamb” —Revelation 6:16.

And I saw heaven opened, and behold, a white horse, and He who sat on it is called Faithful and True, and in righteousness He judges and wages war. . . .  From His mouth comes a sharp sword, so that with it He may strike down the nations, and He will rule them with a rod of iron; and He treads the wine press of the fierce wrath of God, the Almighty. And on His robe and on His thigh He has a name written, “KING OF KINGS, AND LORD OF LORDS.” —Revelation 19:11-16.

So, the lamb and the lion are one and the same: savior and judge. Rescuer and executioner. Which will you experience?

Keep an eye out for “Finding Answers to Stuff Churches Don’t Discuss!” scheduled for a mid-2016 publication. There, you’ll find roughly 60 topics related to daily life (such as sex, religion, finances, tattooing, and everything in between!) along with practical application of God’s guidance for navigating those difficult waters! 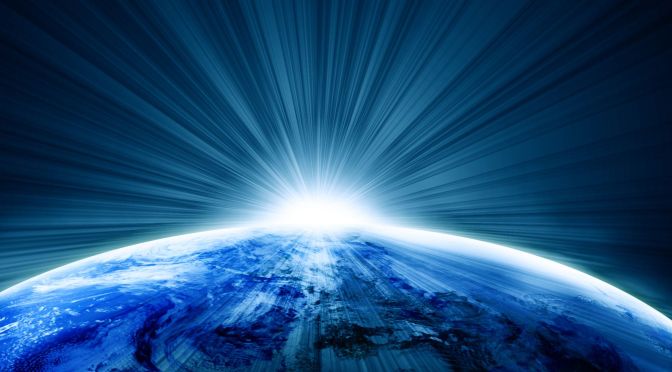 As revealed in the last blog, an end to this age and judgment are coming! There’s no point in sugar-coating the basic truth regarding how things will end, and of the salvation God has offered from His judgment to come:

Now all these things are from God, who reconciled us to Himself through Christ and gave us the ministry of reconciliation, namely, that God was in Christ reconciling the world to Himself, not counting their trespasses against them, and He has committed to us the word of reconciliation. Therefore, we are ambassadors for Christ, as though God were making an appeal through us; we beg you on behalf of Christ, be reconciled to God. —2Corinthians 5:18-20.

He has now reconciled you in His fleshly body through death, in order to present you before Him holy and blameless and beyond reproach —Colossians 1:22.

Now at that time Michael, the great prince who stands guard over the sons of your people, will arise. And there will be a time of distress such as never occurred since there was a nation until that time; and at that time your people, everyone who is found written in the book, will be rescued. Many of those who sleep in the dust of the ground will awake, these to everlasting life, but the others to disgrace and everlasting contempt. Those who have insight will shine brightly like the brightness of the expanse of heaven, and those who lead the many to righteousness, like the stars forever and ever. —Daniel 12:1-3.

“He who rejects Me and does not receive My sayings, has one who judges him; the word I spoke is what will judge him at the last day.” —John 12:48.

Then I saw a great white throne and Him who sat upon it, from whose presence earth and heaven fled away, and no place was found for them. And I saw the dead, the great and the small, standing before the throne, and books were opened; and another book was opened, which is the book of life; and the dead were judged from the things which were written in the books, according to their deeds. And the sea gave up the dead which were in it, and death and Hades gave up the dead which were in them; and they were judged, every one of them according to their deeds. Then death and Hades were thrown into the lake of fire. This is the second death, the lake of fire. And if anyone’s name was not found written in the book of life, he was thrown into the lake of fire. —Revelation 20:11-15.

“Then I saw a new heaven and a new earth; for the first heaven and the first earth passed away, and there is no longer any sea. And I saw the holy city, new Jerusalem, coming down out of heaven from God, made ready as a bride adorned for her husband. And I heard a loud voice from the throne, saying, “Behold, the tabernacle of God is among men, and He will dwell among them, and they shall be His people, and God Himself will be among them, and He will wipe away every tear from their eyes; and there will no longer be any death; there will no longer be any mourning, or crying, or pain; the first things have passed away.” —Revelation 21:1-4.

Keep an eye out for “Finding Answers to Stuff Churches Don’t Discuss!” scheduled for a mid-2015 publication. There, you’ll find roughly 60 topics related to daily life (such as sex, religion, finances, tattooing, and everything in between!) along with practical application of God’s guidance for navigating those difficult waters!