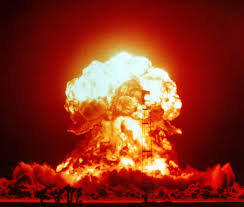 Like most people, I’ve experienced the destructive nature of negativity from a distance and engaged in negative chit-chat from time to time. However, I’d never fully witnessed its destructive effects on a lingering personal and painful basis until very recently when I became the victim of collateral damage. The destruction came, in this case, from emotional atomic bombs dropped by those significant to me, leaving a swath of destruction and damaged relationships in their paths. My prayer is that this brief blog will help the healing process while relieving a little frustration and (most importantly!) helping others cope or change their behavior if necessary.

Allowing ourselves to get sucked into negative slander and back-stabbing conversation can feel good for a moment while it creates an air of emotional bonding over common foes or hatreds; however, there’s nothing helpful and everything hurtful about the practice that begins with a negative thought. Here are some sobering tidbits about the effects of negative thought and speech:

Regarding Confrontation. However, this isn’t to be confused with healthy, unassuming confrontation whereby issues and behavior can be addressed and resolved; forgiveness and healing are often the positive side-effects.

Where do we go from here? If you recognize these behaviors in yourself, then stop!! Begin substituting negative thoughts with positive ones, and getting clarification instead of making assumptions and harboring anger. Don’t engage in negative conversation. And, dwell on good and positive activities. On the other hand, if you already do those things and are, therefore, not a negative and slandering individual: Keep on keepin’ on!