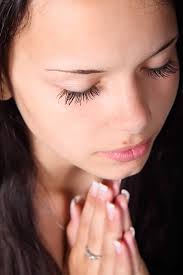 Is suicide a sin? Will those who commit suicide go to hell? There’s little in Scripture related to the taking of one’s own life. Nothing condones it, but neither is there anything that prohibits the act. What we’ll most likely discover is that, as with nearly everything else we do, intent is important to determining the eternal fate of someone who has committed suicide.

What does the Bible say about suicide? Very little, actually. What little information there is can be found in one of two categories: verses that tell us of a few individuals who killed themselves and others that may reflect an unfulfilled desire of some to end their lives.

Acts of actual suicide in Bible and history:

While there’s nothing that directly condones or prohibits suicide, some insist you’ll find proof that suicide is wrong in the commandment that prohibits murder and in 1Corinthians 6:19-20 and 3:17:

Or do you not know that your body is a temple of the Holy Spirit who is in you, whom you have from God, and that you are not your own? For you have been bought with a price: therefore glorify God in your body. —1Corinthians 6:19-20.

In the case of the commandment to not murder, remember that it’s one of 5 that tell us how to treat our fellow man. Regarding Paul’s admonishment to glorify God in our body in 1Corinthians 6:19-20, as with many of his words to a sin-riddled church, the message exhorts the followers in Corinth to rule the flesh with the spirit and honor God through purity and not the other way around. It’s not specifically addressing suicide.

What we’ve learned so far is that many people in Scripture and history have committed suicide for what they believed to be good reasons: to avoid worse fates or get relief from excruciating pain and certain death by more unpleasant means. We see this kind of activity today for similar reasons. Is it wrong? Will the act result in a sentence of hell? The answer may depend on the state of mind and therefore the intent of anyone who has committed suicide. Internal chemical/emotional and external factors can overwhelm an individual and temporarily cloud their judgment.

Most people understand the potential lack of accountability that can stem from blocked rational thought and an inability to use sound judgment. We often talk about something termed the ‘age of accountability’ whereby we believe God will accept and save from judgment the spirit of a child until it’s old enough to fully understand the need for God’s salvation through Jesus. The youngster would need to decide from that point onward whether to follow the Christ.

The lack of emotional and mental maturity keeps one from being able to make this choice regardless of whether it’s due to age, disease, or intense physical or emotional pain. Only God knows the heart of someone who has committed suicide and whether they were able to make right choices. And, since He’s a good and righteous judge, we can trust that God will judge each person according to their heart’s condition.

Two extremely unfortunate side-effects of suicide are grief and finality. In some cases, family members understand that death provided relief for the deceased. But in most cases, the grief produced by the loss of a loved one is overwhelming. And death is certainly final. If God’s plan had included a part for the deceased, then the chance to fulfill that role has been forever removed. Therefore, suicide is also a serious matter with possible heavy and lasting consequences.

Summary: The Bible says little on the subject of suicide. What it does report is strictly historical in nature. As a result, we’re left only with opinions on the subject and personal desires. Mine is that the act itself won’t condemn a person to hell – that condemnation depends alone on the individual’s heart including the presence (or absence) of faith and resulting obedience up to the time of death. My prayer and belief is that God does indeed consider the heart condition when determining the fate of someone who has committed suicide.