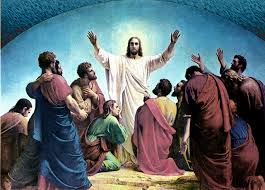 Let’s continue our Apocalyptic Misquotes with a look at abuses that give birth to erroneous end-of-the-world timing, extortion, and prosperity gospels (see Part I for a more complete introduction).

Misquote #1: “One of God’s Days Equals 1,000 of our years” Nearly every manmade last-days doctrine has been created and perpetuated by being selective in identifying supporting Scripture, spiritualizing or ignoring contradictory passages, or taking verses out of context to prop up an agenda. At least one major example takes 2peter 3:8-10 out of its context to support a belief that one of God’s days equals a thousand of our years.

But do not let this one fact escape your notice, beloved, that with the Lord one day is like a thousand years, and a thousand years like one day. The Lord is not slow about His promise, as some count slowness, but is patient toward you, not wishing for any to perish but for all to come to repentance. But the day of the Lord will come like a thief, in which the heavens will pass away with a roar and the elements will be destroyed with intense heat, and the earth and its works will be burned up. —2Peter 3:8-10.

Why is this done? To help validate several bad doctrines:

Here are two things to carefully consider when attempting to understand Peter’s real intent behind what we read in 3:8-10:

Misquote #2: “”You’re robbing God if you don’t pay your tithes to the church” This extortion of Saints and perpetuation of deadly prosperity gospels has gone on in the Church for roughly 1,800 years and has been made possible in great part by an abuse of Scriptures such as Malachi 3:8-10.

“Will a man rob God? Yet you are robbing Me! But you say, ‘How have we robbed You?’ In tithes and offerings. You are cursed with a curse, for you are robbing Me, the whole nation of you! Bring the whole tithe into the storehouse, so that there may be food in My house, and test Me now in this,” says the LORD of hosts, “if I will not open for you the windows of heaven and pour out for you a blessing until it overflows.” —Malachi 3:8-10.

I’m intrigued by the fact that while nearly every Christian religious leader will tell you that we’re no longer under the Law, they’ll imply that you’re under at least one: tithing. But, my desire is to stay objective and teach. So, let’s take a look at several problems with this abuse of Malachi 3:8-10.

First, in context, God is admonishing the nation of Israel for not keeping the covenant with Him through the bringing of tithes to the temple. This was critical not only to the worship of God, but it was vital to the survival of the priests and their families. In fact, this tithe was their inheritance whereas the other tribes received parcels of land within the borders of Israel as their inheritance. Here’s a very brief breakdown of Malachi’s message from God:

Second, our covenant with God through the Christ doesn’t rely on any rule or subdivision of the Law of Moses. Read Acts 15:29-20 and 21:25, and you’ll find that new, non-Jewish converts to the faith had only these specific requirements: stay sexually pure and be careful of the source of their meat.

Third, there is absolutely no New Testament mandate to tithe. What you will find with regard to the giving of our resources:

Note: I’ve been asked, “Won’t God still bless my tithes anyway?” Well, who knows . . . Again, there’s no requirement for us to tithe and, just as with the Pharisees who weren’t to neglect the weightier matters of love and mercy for sake of legalism (Matthew 23:23), we’re still supposed to obey the commandments to care for our brothers and sisters in Christ who can’t work including those who spend all their time spreading the good news of salvation to the lost.  So, help fund churches and their programs if you’d like.  However, be sure to still be obedient out of faith through benevolence.

For more information regarding the timing of the return of our Christ, and of the end of our world as we know it, please consider studying my very comprehensive guide “Finding the End of the World”. You’ll easily find it in paper and electronic format at Amazon, Barnes & Noble, and www.ronbraley.com.

Also, keep an eye out for my upcoming blog on Tithing and for the book I hope to publish later this year titled, “Finding Answers to Stuff Churches Don’t Discuss”.

Next week, we’ll look at bad doctrine related to the timing of Jesus’ return and the apparent need for God to have an audience to show up as we continue to explore common misquotes and abuses of Scripture.